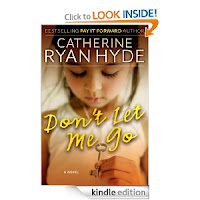 Several days ago, I took a chance on a novel by an author I was not familiar with and the story she has woven has captured my heart and my imagination.  Don't Let Me Go by Catherine Ryan Hyde, is a masterful piece that perfectly illustrates the value of community in personal healing.  The story is set in a rough neighborhood apartment complex in the greater LA metropolitan area.  Grace, the main character of the story is a nine-year-old child of a relapsed addict. The motley tenants include an agoraphobic, an abuse victim, an elderly lady an angry pedophile and a marginalized Latino. They band together in an effort to help Grace and in the process become a community of healing.

At the beginning of the story, each character is isolated from the others, hostile and fearful.  The world they live in is not safe and they are not trusting.  They know nothing about each other but because Grace is their unifying concern, they slowly lower their personal defenses and allow themselves to be seen by the others.  Grace sets the frame for their interactions; her unconditional acceptance of each adult becomes the norm for the way they interact with each other and with her.  And in doing so, they step out of isolation and into community.  And healing flows through the rooms of the apartments. 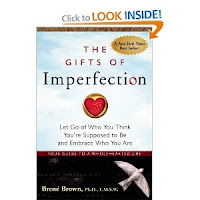 According to Dr. Brene Brown, "Shame needs three things to grow out of control in our lives:  secrecy, silence, and judgment." (The Gifts of Imperfection, p. 40).  She goes on to state that "Shame happens between people, and it heals between people." (p. 40).  When we isolate and keep our shame a secret, it thrives but it loses its power when we speak of it.  Billy, the agoraphobic, hides in his apartment though he once danced on Broadway.  Rayleen, the abused manicurist, won't allow anyone to get close emotionally because of the shame she carries over her childhood sexual abuse.  And Mr. Lafferty, the angry man struggling with pedophilia, keeps everyone at bay by his explosive anger.  While they live in close proximity, they are separated by a universe called SHAME.

But not all communities are able to be healing communities.  In fact, many communities become toxic by their demand that everyone look perfect, act perfect or maintain a lifestyle that is congruent with the community's standards.  These communities are extremely judgmental so in order to survive, each member must remain in hiding and isolation.  They may look good on the outside but are rotten to the core on the inside.  Healing communities often are found in the most unlikely places--like a seedy apartment complex on the wrong side of town or in the rooms of a 12-Step program.

But grace--kindness, courtesy, thoughtfulness, approval, favor, mercy, esteem, respect--is a prerequisite for any community to become a healing community.  It is the life force that transforms a group of wounded neighbors into change agents in the life of a little girl and unleashes healing in their own lives.  It is grace that enables genuine connection between individuals and it is that connection that provides healing for shame.  And once we have experienced grace and healthy connections, our heart cry, much like Grace's, will be "Don't ever let me go!"  I need you in order to heal and survive and you need me.  We need each other, we need a community.  Get the book!  Read the book!  Be grace-filled individuals reaching out to another so that together we can heal from the shame that is destroying us.
Posted by Brenda Finding Elysium at 7:27 PM