I Knew I Wouldn't Be Believed

Over three decades ago, I made the decision to not call the police after my husband confessed his molestation of two children to me.  I made that decision out of fear for myself and my unborn child, this is true.  But a big part of my fear was that I would not be believed.  I feared that the police would not consider my accusation to be true since I had no proof, other than his confession.  I feared that they would be swayed by his academic credentials and his ability to spin abhorrent behavior into a believable and acceptable tale.  I have lived in shame over not reporting his abuse for far too long. But today I know on a far deeper level that my fears so long ago were founded in reality.

Yesterday in a courtroom many miles from where I now live, the judicial system essentially confirmed my fears.  While he was originally looking at 49 consecutive years in prison if convicted on all of the charges and while he was actually sentenced to 42 months in prison last month, the judge reduced his sentence to 180 days in the county jail.  With credit for time served, he will be released in two months.  After two years of scandal and a long, drawn-out criminal case, this is what it boils down to.  I am stunned beyond words. 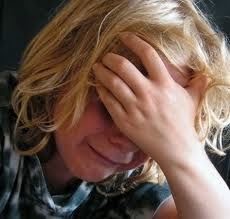 When the detectives were raiding our house, they lectured me endlessly on the fact that pornography is not a victimless crime. My shame was compounded by these lectures.  Without denying the pain of child victims one iota, I needed the detectives and state's attorney's office to acknowledge that they were also dealing with victims that cold morning--the secondary victims.  And they were not kind, considerate or compassionate.  They put catching a big fish ahead of caring for those most impacted by the arrest and incarceration of the family breadwinner, as well as the media feeding frenzy they initiated and encouraged.

At every step, my engagement with the criminal justice system has been difficult.  I have sought to cooperate, told them everything I know about my ex-husband's behavior, including his confession of molestation.  I offered to testify and asked to present a victim's impact statement at his sentencing.  They denied that offer and request.  They knew about the molestation from the beginning and yet agreed to an incredible plea deal and then expressed anger at me for not cooperating with them!

The State's Attorney made a politically expedient decision to offer a plea deal and then to not allow my ex-husband's past perpetrating behavior to be introduced in court.  It was a political decision.  It wasn't about protecting the public or seeing that justice was served, it was all about re-election and public support for their ongoing effort to "fight crime."  The defense attorney announced at the hearing yesterday that he has been promoted to a judgeship.  He actually spoke with the press after the hearing and praised the judge for his sound decision--sounds like they are now best friends as well as colleagues.  Suppose that had anything to do with the judge's decision?

So the next time you are angry at the partner of a pedophile for not supporting the prosecution of her husband, remember my story.  We are shamed, sometimes prosecuted and often ridiculed for not reporting our partners and yet, when they are arrested with a preponderous amount of evidence, our voice is not valued--we are not believed.  We are not believed when our partners are given less than a smack on the wrist for their crimes.  We are not believed when family, friends and judges believe that the pedophile's carefully crafted persona reflects an accurate picture of their risk to society.  We are not believed when a judge can sit on the bench and actually insinuate that there are degrees to child exploitation.  We are often not consulted or kept in the loop by the prosecution and presumed to be guilty of complicity by a public that refuses to hear or value our voice.

If the crimes my ex-husband was accused of were egregious enough to warrant breaking down a door before dawn, holding innocent civilians/victims at gun point, announcing the home address of those victims to the media, then how in the world can this be a just decision?  How can I ever believe that my voice is valued and my story believed?  I was not a match for a master deceiver and manipulator three decades ago and I certainly am not a match for a judicial system run amok.  I was not and am not believed.
Posted by Brenda Finding Elysium at 5:51 AM