A Legacy of Trauma 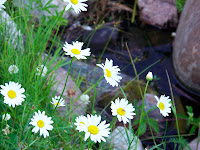 My uncle died this week and we are grieving.  He lived a long life--one marked by tragedy, loss and struggles.  But he is now at peace.

So today, my thoughts are sifting through the histories of my extended family and I realize anew that it is a family with a legacy of trauma.  I an struck afresh with the many ways that untreated psychological trauma impacts others in the family tree--children are raised in an atmosphere where suspicion, hostility and resentment are as common as the endless coffee brewing whenever and wherever the family gathers.  Hypervigilent behavior on the part of a parent impacts a child in ways I am just now beginning to appreciate.  The notions of rehearsing tragedy and foreboding joy becomes part of the family DNA.

But I am also thinking about the many addictions that flow through this family, including sex addictions.  My mother and her siblings were raised by a praying mother and a philandering father.  The stories are legendary but the thread no one talks about is trauma and relational wounding.

I think about my grandmother who in family lore was a saint but who had a proclivity for harboring resentment.  And how could she not?  Her husband had numerous affairs, some in her own house while she was dying from leukemia.  How did the relational wounding of that first affair impact her?  How did the trauma of finding out that the father of her children had betrayed his marital vow change her?  In her era and religious climate, women were instructed to accept this aberrant behavior as part of their "cross to bear." So there was no real substantial help for the pain she experienced and the trauma that changed her world.  How did that impact her parenting?

And what of her kids when they grew old enough to know what their father was doing?  Did her bitterness color their view of life, relationships and what it means to be a man or a woman?  How were they traumatized by their father's behavior?  How did they deal with the trauma?

Since all of these events occurred prior to the time when psychologists gained an understanding of psychological trauma and its lasting impact, I am confident it was never addressed.  So the legacy of untreated trauma has manifested itself down through the years as:
And these are just the manifestations that one can see--the hidden cesspools of shame, fear, anxiety, anger and resentment are unmeasurable.  And the thought occurs to me that trauma brings its own form of living death.  So many of us walk through life almost like zombies because of the unrecognized, unacknowledged and untreated wounds inflicted on us--the traumas left untreated.

Posted by Brenda Finding Elysium at 7:22 AM