At nearly seven months of age, Gracie loves standing and with assistance takes tentative steps.  When she first discovered that the appendages attached to her torso were designed to enable her to be upright and move of her own accord, she grew enamored with the idea of walking.  It is amusing, actually to watch her lying in her crib or bouncy seat, back arched and straining mightily to get her body in a standing position.  She knows it is possible but still needs help getting upright and support while she learns to put one foot in front of the other, balancing her weight and mastering forward motion.  Sooner than we can imagine, she will let go and take the first of many steps solo.  And then watch out world!  Grace will be on the move.

Like Gracie, I recently made some important steps of my own.  Having just celebrated my first year in recovery, I sat down with my sponsor and formally completed the first three steps of a 12-Step program.  But unlike my sweet Grace, the learning curve that brought me to this place was much longer than seven months.  For many, many years in my marriage, I tried to manage, control and manipulate the unmanageability of life with an individual struggling with sexual compulsions.  I arched my back, grunted and often was brought to tears by the struggle to move what was unmoveable.  Months before disaster descended upon my household, I began letting go and without realizing it moved myself into an upright position and started moving forward.

The first three steps are often called the "God" steps and can be boiled down to three simple statements:

When I washed up on the shores of recovery, I definitely felt like a baby stuck on her back--knocked flat by a tsunami of loss and devastation.  It was not difficult to admit that my life had become unmanageable--I was living unmanageable.  And without other options (funny how life does that sometimes), I reaffirmed my belief that God could restore me to sanity and made decisions daily to allow Him to do just that.
So my sponsor and I sat together and reviewed my step work.  As usual, her thoroughness and affirmation were reassuring.  She calls herself my "witness."  And I am reminded of a quote from a favorite movie Shall We Dance?


"We need a witness to our lives.  There's a billion people on the planet . . .
I mean what does any one life mean?  But in a marriage [or relationship],
you're promising to care about everything.  The good things, the bad things, the terrible things,
the mundane things . . . all of it, all the time, every day.  You're saying
'Your life will not go unnoticed because I will notice it.
Your life will not go unwitnessed because I will be your witness.'"

I hope I am around with video camera going when Gracie takes her first steps solo--it will be an amazing feat.  I well remember her Papa's first steps because I was there; I was his witness.  Today I am grateful for my witness and for these momentous first steps on the path to recovery.  It is because of His grace that I am on the move.  Now on to step four!
Posted by Brenda Finding Elysium at 9:58 AM No comments:

I was holding my six month old granddaughter recently when she, uncharacteristically, spit up all over me.  In my surprise, I exclaimed, "Gracie!"  Her response broke my heart.  Her sweet little face began crumpling up and tears welled in her eyes.  I hugged her tight, reassuring her of my love and that all was well in our world but the experience haunts me still and I wonder if what she was experiencing was an early expression of shame.

The research on when shame begins can be confusing.  Some developmental psychologists posit that an infant is born with the capacity to feel shame and that its roots lie in the human condition.  While others believe that shame begins in a child's second year of life during what is commonly known as the "terrible twos." 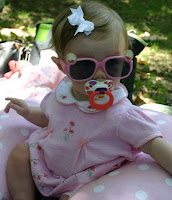 Another psychologist/philosopher/deep thinker suggests that "original sin" is really "original shame."  Rather than coming into the world with a debased "sin nature," we come into the world with the seeds of shame in our core, just waiting for the right conditions in which to germinate.  He writes, "Shame is the lie that our worthiness has gone missing.  Shame is the belief that what is inside of us--the substance of who we are-- is rotten and makes us unworthy of love and belonging."  (Flannagan, see link above).  Sin, according to Dr. Flannagan, is in the search for worthiness, significance, belonging and connection outside of ourselves.  And the cure for this human condition is grace--realizing that our worthiness was never missing and that we are loved just the way we are.

So my sweet little Grace--this child who has been adored and loved every single second of her life, who has been doted on by every adult within her circle and has received hours and hours of undivided attention--still felt the sting of shame.  As I write these words, she is sitting in her Bumbo seat, staring at me with those deep blue eyes.  Her smiles and coos absolutely delight me and there is absolutely nothing in this world I would not do for her.  I want her to know in her core how much she is loved, no matter what.  I want her to know how beautiful and smart and kind she is.  I want her to believe this and to know that she is worthy of love simply because she is.  I know that as she grows she will be confronted with other messages that hook that "inbred shame" and that the battle to not believe the lies that shame whispers will be hers to fight long after this Nana is gone. 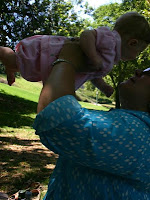 But maybe the best legacy I can leave her is a recommitment to healing my own shame and to finding my own worthiness, significance and value in the knowledge that I am loved by Love Himself.
Posted by Brenda Finding Elysium at 10:21 AM 2 comments:

Email ThisBlogThis!Share to TwitterShare to FacebookShare to Pinterest
Labels: Shame

Rear View Mirror or Road Ahead? 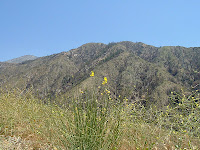 Recently I made a crazy road trip through the Mohave Desert to a neighboring state.  Twelve hours of driving to spend the day with my son on his birthday, gave me lots of time to contemplate the mechanics of driving and to recall the lessons of driver's ed learned so many years ago.  Safe driving involves not only keeping one's eyes on the road ahead but regularly checking the road behind as well.  We look ahead and we look behind to insure that we arrive at our destination safe and sound.


And it occurs to me that the same is true of recovery.  I've had people encourage me to forget the past--it is done and I need to move onward.  Their "forgive and forget" attitude reeks of denial and doesn't set well with me.  If I deny the past, it feels like I am cutting off an essential part of who I am.  And yet, I see the danger of spending too much time lost in the pain of the past or mired down in the rose-colored memories of days long gone.  So the question that challenges me is:

Do I spend more time looking in the rear view mirror than I do at the road ahead?

And the answer comes from my driver's ed class--both are important.  A good driver constantly scans the past through the rear view and side mirrors but also keeps her eyes on the road ahead.  Recovery reminds me that my past informs my present but does not have to dictate my future. As I examine my past losses, wounds and relationships, I better understand how I became the person I am.  I learn why I developed particular coping mechanisms and I grow in compassion for the child, adolescent and young woman that I once was.  I become more comfortable in my own skin and have a better idea of who I truly am and where I want to go in life.

My favorite poet expresses it this way (sorry for the mixed metaphors):


"it wasn't just that she had to refocus.
she had to clean her lens.
that dust from the past was
giving her a fuzzy view.
she had some cleaning to do."
(Terri St. Cloud, Bone Sigh Arts)

Looking ahead while driving a car also poses some danger in that if we focus on things too far away exclusively, we may miss potential danger directly in our path.  You've probably experienced this when driving, especially if you practice defensive driving.  Driving in LA is always an adventure and is not for the faint of heart.  Recently I was driving home and noticed that an emergency vehicle was several blocks away with lights and sirens on.  I was focused so much on where the vehicle was that I nearly hit a car trying to merge into my lane.  Someone once quoted an old adage that still resonates with me: "If we stand with one foot in the past and one foot in the future, we piss on the present."  It's a crude saying but it is true.

So the lesson I am learning is to stay present in this moment, savoring and understanding the lessons of my past and looking forward with gratitude and anticipation to the challenges and joy of my future.  By understanding where I have come from and what I have experienced; by knowing that I am a survivor and am far stronger than I ever imagined and by having a better sense of who I am and why I am here I can press forward.  Recovery involves cleaning.  I clean my mirror so I can clearly see my past; my window for today and my lens for tomorrow.  Where is my lens clothe?

Posted by Brenda Finding Elysium at 9:15 AM 2 comments: