Today is Memorial Day--a day to honor the brave men and women who made the ultimate sacrifice in the defense of our freedoms.  War and conflict serve as a sober reminder that actions have consequences--some of them fatal.  Tensions and disagreements between countries are escalated by their leaders' war of words and violence erupts.  Words and actions have consequences and it is often the innocent who pay the price.

Six years ago this weekend, a woman walked into three banks with checks she had counterfeited and with my forged signature and cleaned out my bank account.  A month later, in spite of my having changed the accounts and taken all the necessary precautions, she did it again.  In order to protect myself, I purchased a credit monitoring service and placed a fraud alert on my credit with all three credit-reporting bureaus.  She was never prosecuted, even though the bank had her picture and thumb print but the consequences of her actions continue to reverberate through my life.

This past month, I have been denied a credit card twice and turned down for a loan, in spite of a very high credit score.  I have spent hours of my time trying to contact the very insulated credit bureaus to remedy the situation but all of my efforts have been in vain.  The level of sadness that I feel, while understandable, points to something deeper so I'm taking a deep dive this morning.  Care to join me?

Because my identity theft occurred in such close proximity to my ex-husband's arrest, the sense of vulnerability I felt was incredibly exacerbated by having my bank account broken into and cleaned out. It was a triggering event that I was powerless to prevent or contain.  My efforts at self-protection also failed and the remedy I wisely chose (fraud alert) continues to have repercussions in my life.  These are the primary players in this ongoing saga:

The perpetrator:  Her initial actions were in secret, much like the pedophile secretly seeking out sexual gratification through the exploitation of children.  She secretly stole a check I wrote to her employer and creatively counterfeited it and mastered my signature.  She waited for an opportune time to attempt to steal from my account and chose the Saturday before the Memorial Day weekend, when bank employees were most vulnerable.  Pedophiles begin in secret and then seek out vulnerable children to groom and molest.  They are incredibly good at reading people and identifying those who are most likely to either not see or to look away.  Both the identity thief and the pedophile see people as targets, not as humans.  They care not for the pain they cause and believe that they are entitled to their elicit gain. 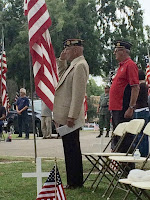 The credit bureaus:  These agencies are huge, non-personal and have incredible control and power.  I was happy to learn that there is now a governmental oversight bureau and spent time this weekend filing complaints against all three bureaus.  The service they provide is protective when you are a victim of identity theft but they seem to operate with impunity and are a formidable "enemy."  I appreciate law enforcement as a citizen and am grateful for the protection they provide. But when my ex-husband was under investigation and then arrested, law enforcement became frightening.  The power they held over our lives was horrifying and we were powerless against it.

The bystanders:  Bystanders are the ancillary individuals who intersect with the repercussions of the crime you have experienced.  Each time I have been told that my application for a loan/credit card was denied I have experienced intense shame and humiliation.  Even though I know the shame does not belong to me and that I did nothing wrong, it is still huge.  Does the loan officer believe me or does she think I am making up a story to cover some sinister aspect of my credit history?  When my ex-husband was arrested I felt shame as well.  I know, all too well, that many do not believe the wife of a pedophile does not know what her husband is doing!  I've read the articles from "experts" who allege that the wife always knows.  The bystanders are either supportive or cynical and the truth of the matter often does not matter or change their opinion or actions. 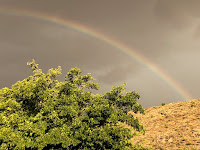 Actions have consequences and it is often the innocent who pay the most.  The repercussions of one person's choice(s) continue for a very long time and there are no "do-overs."  The word that has often come to mind while writing/processing today is "powerlessness."  Innocent civilians are powerless to prevent war coming to their land; family members of the fallen were powerless to prevent the death of their loved one; victims of identity theft are powerless against the aggressor or the "protectors" and partners of perpetrating pedophiles are powerless against the urges that drive the addiction.  We did not cause it, cannot contain it nor cure it.  What can we do?

We can begin to take back some of the power we lost--small steps to assert our independence and autonomy.  For me, it was filing a complaint--using whatever tool I can find to begin to fight and to take back what was stolen from me. We fight back against paralyzing power of powerlessness!  We speak the truth to power and stand in that truth.  Sometimes that means we walk away (divorce or ending the relationship) and sometimes that means we take a defensive stand but we cannot and must not wallow in powerlessness!

Posted by Brenda Finding Elysium at 7:41 AM