I have been struggling to write my annual post describing my word for the year for well over a month.  The word revealed itself quite early in the process; it has been the sorting out of what the word means to me or holds for the upcoming months that has been challenging.  For the first time, my word for the year has both a personal and broader intention.

In a personal sense, my word describes my intention to do more work around self-acceptance, positive affirmation and silencing my inner critic.  We are daily bombarded with messages that tell us we are not slim enough, smart enough, rich enough, talented enough. . . the list goes on and on and on.  Embracing a sense of not enoughness breeds shame and fosters all sorts of maladaptive behaviors in a futile attempt to be OK in our own skin.

According to my friend Merriam-Webster, when used as an adverb the word "enough" refers to something that occurs "in such quantity, quality or scope as to fully meet demands, needs or expectations."  I am enough; you are enough.  We are human beings created in the image and likeness of God; that makes us fully enough.

I am in a post-major birthday funk that is common during life transitions. My husband says that I 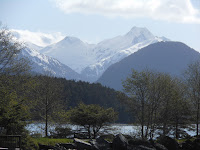 have reached an age that is considered to be the "youth of old age."  I typically do a lot of self-reflection and analysis when I make a major transition and my word for the year will be a compass to guide and correct me through the process.  The measure of my success in life is not in how much I have accumulated, the adulation of a world or in my achievements.  The true measure of success in life is how well I have loved, including myself.  This next season will bring additional losses and challenges but it seems that settling the issue of my intrinsic value and "enoughness" will give me the strength and stamina to face those losses with grace and serenity.

The broader implications of my 2018 word came this week while watching the incredibly brave women who confronted their abuser in a court of law.  It seems that every institution in our society is being forced to deal with the consequences of decades of systemic discrimination and sexual harassment and assault of women. No segment of our society has been exempt--from Hollywood to the local church, sports and news organizations and political figures.  The #MeToo campaign gave thousands of women an opportunity to finally acknowledge publicly what has been tolerated in secret.

"Enough" when used as a determiner and pronoun expresses an "impatient desire for the cessation of undesirable behavior or speech. . . [and] indicates that one is unwilling to tolerate any more."  Until we say "ENOUGH" to a culture of objectification and marginalization of women and children, we will never be able to prevent monsters like Larry Nassar from sexually molesting little girls in their mother's presence.  ENOUGH!  The laws we have passed and the protections we have put in place will never be enough until the societal and often religiously sanctioned discrimination is stopped.

It occurs to me that both the personal and broader implications of my word are intertwined.  Advocacy must begin with me.  I must embrace my intrinsic value and enoughness in order to stand and fight against the systems that are designed to keep me in an inferior or marginalized position.  If I am to fight for others, I must first fight for myself.  I must do the internal work so that I can fully engage in the external battle.  I am enough; you are enough and together we are enough to challenge and change a culture that insists we are not.  Enough and ENOUGH!

Posted by Brenda Finding Elysium at 9:22 AM 6 comments:

I awoke this morning after another series of dreams that seem to point to a niggling truth struggling to come to my conscious awareness.  As I prayed for discernment and understanding, I recalled the many who have been helpers along this journey of recovery and healing.  I have been blessed with wonderful professionals who have walked with me for a portion of my journey and friends and family who have made themselves available for what I needed during the critical days when life was frightening and anxiety-ridden.  For these men and women--my tribe, my healing stones--I give thanks:

"Hitherto the Lord hath helped us," is an older translation of I Samuel 7:12 that was running through my mind when I awoke this morning.  The context of this verse was a particularly difficult battle between Israel and her enemies and God's amazing intervention.  After the battle, Samuel erected a standing stone and named it "Ebenezer" which is translated "the stone of help."
It occurs to me that the people of my "tribe" have been God's gifts of help.  Recovery is not a solitary journey after all but rather is more like a grand orchestra.  Papa God is the conductor who arranges and directs the music (i.e. healing) but each section of the orchestra contribute out of their gifts and wisdom and are essential to the ongoing majesty and grandeur of the masterpiece.  So at this start of a brand new year, I erect my Ebenezer in recognition of all those who have been my stones of help.  I am truly grateful and blessed.
Posted by Brenda Finding Elysium at 5:25 AM No comments: