Two recent news accounts of childhood sexual molestation, child pornography ad the church's response have reignited anger and sadness in my heart.  I have felt for a long time that the evangelical church is facing a crisis much larger than what the Catholic Church faced when it comes to perpetrators operating within its walls.  Churches are probably the last safe hideout for perpetrating pedophiles and it seems that the more conservative the church, the greater likelihood that molesters are at work. 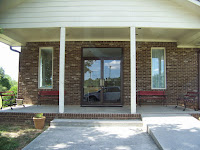 The first story involves TLC reality star Josh Duggar's admission to sexually molesting numerous little girls a number of years ago.  When the molestation came to light, his father kept it a secret for at least a year--he then told the church elders who buried the story for a number of months prior to alerting the authorities.  Josh was sent to what was first called a "training center" but it turns out it was only a family friend who simply put him to work.  There is no evidence that he received professional counseling and certainly nothing seems to have been done to provide therapy and support for his victims.  The police detective who took the complaint is a family friend and it turns out is now serving a 56 year sentence on child pornography charges.  No charges were filed against Josh.

And then there is the story of Karen (Root) Hinkley, a former missionary to Asia with her ex-husband.  While overseas, it was discovered that he was using child pornography for his sexual gratification.  The sending agency brought them home and he found shelter in his very conservative church.  The church indicated in an email that Jordan Root knew that he could be arrested at any minute but assured its congregation that they were taking good care of him because he was "repentant." 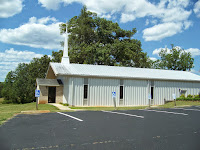 Karen courageously filed for an annulment of their marriage and it was granted.  The judge granted an annulment rather than a divorce because she alleged that the marriage was based on fraud--that she had been deceived from the beginning.  I wish I had thought of that strategy!  When the church discovered that the Root's marriage had been annulled, they placed Karen in church discipline for taking such an action without their permission!  Meanwhile, the real villain, the real danger to children, the man who has admitted to criminal behavior and to pedophilia is in the safe harbor of his delusional church. 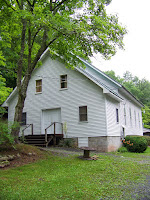 Both stories illustrate what is so very wrong in conservative evangelicalism:

I'm angry.  I'm disappointed in the institution I have been a part of for my entire lifetime.  And I'm sad--sad for the victims whose cries are ignored or stifled--sad that the Gospel is so perverted by those whose aim is control and power rather than justice and mercy.  Dear God, save us from ourselves!
Posted by Brenda Finding Elysium at 8:19 AM