Hope for My Daughter

I've had the privilege of journeying with women recovering from having been married to a pedophile for a number of years now.  Some, like I, have dared to remarry but we have all struggled mightily with the prospect of trusting again.  After all, as some are want to say, "Our pickers were broken" the first time around (a concept I don't necessarily agree with because perpetrators are so deceptive.)

Recently, however, the "pilgrim" is someone much closer to my heart.  My daughter and I have enjoyed some deep conversations about what to look for in a marriage partner and in her, I see many of the same fears and concerns that so many of us have experienced the second time around.  She too has been deeply impacted by her father's betrayal and arrest and our subsequent divorce.  She has seen up close the devastation that can occur and she wants to avoid that--and who wouldn't?

So I've been thinking about what I hope my daughter will find in a partner.  The list today is far different than it would have been ten years ago.  This is partly due to my ex-husband's betrayal but also has been impacted by the #MeToo and #ChurchToo movements.  So here is my wish list for her and really for all of us.  My hope is that my daughter will find a man who will: 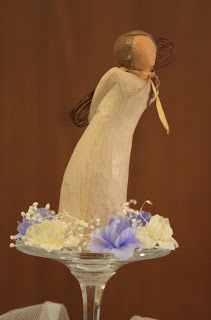 See her as the prize:  My current husband reminds our daughter all of the time that she is the prize and he is right.  It is so easy to discount ourselves and "settle" because we do not feel worthy of anything more.  Or, we allow someone else to define our worth and treat us accordingly.  I hope my daughter remembers her unique value and doesn't settle for anyone who sees her as anything other than the ultimate prize that she truly is.

Honor her as an individual:  Part of the give-and-take of any relationship is negotiating areas of difference.  I want my daughter's partner to honor her individuality and respect her right to be different.  I do not want her to allow anyone to try to mold her into something that she is not but rather to respect and honor who she already is and who she is becoming.

Treat her as an equal:  Unfortunately, my daughter was raised in a very conservative religious environment that taught female submission in marriage and restricted women's roles in the church.  Mutual submission, on the other hand, values and prioritizes both parties in the relationship rather than the one-sided, power-over model of female submission.  The current climate in conservative religious circles has demonstrated the huge problems an emphasis on female submission has created. It's past time to call "ENOUGH" on this ugly distortion of scripture. 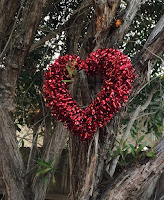 Have the hots for her and only her:  One of the things I have consistently heard from former partners of pedophiles is that sexual dysfunction, perversion and weirdness presented themselves fairly early in the sexual relationship.  I want my daughter's partner to be passionate about her, to desire her and to be faithful in all aspects of their sexual union.  I want him to honor the sanctity of their sex lives together and not engage in any behavior that will jeopardize or disrupt that critical part of their relationship.

Respect her faith, even if he doesn't share it:  This is probably where my thoughts have changed most drastically.  I used to believe it was important to pray for my children's future partners--for their "purity" and spiritual growth, etc.  Back then I could not conceive of the notion that they would marry anyone other than a Christian.  With all that I have seen and learned however, I am not so certain that it is as important for my daughter's partner to share her faith.  I would definitely ask that he respect her faith and of course, if he doesn't share it to come to an agreement before marriage on how they will raise their children. 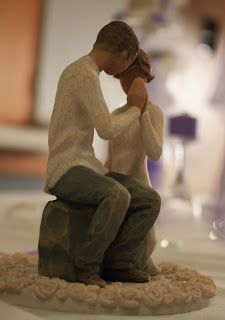 When we were discussing this recently, I told my daughter that I would rather she marry a man who consistently demonstrates the fruits of the Spirit (kindness, meekness, self-control, etc.) even if he does not profess than who who professes but whose life does not validate that profession.  I guess I am a bit jaded; I've seen how sly wolves are when they don sheep's clothing.  I know from experience that one can say all of the right things and convince the world of their piety while abusing their wife or child and feeling a sense of entitlement to do so.  I've seen so many instances of churches preferring the offender rather than defending the victim and I know that domestic violence is most prevalent in religious homes.

But I also know the destructiveness of a theology that privileges the male perspective and creates an imbalance of power within the relationship.  Even if he demonstrates those "fruits of the Spirit," the underlying belief system that grants him that privilege is so damaging to a woman's sense of autonomy, freedom and negatively impacts her relationship with God.  It also seeks to restrict her choices should he behave poorly.  I don't want that for my daughter or any other woman.

So these are my thoughts and hopes for my daughter as she considers her future partner.  Of course I long for certainty, as most of us do, but I no longer trust in a formulaic approach to life.  I know, as does she, that life can change in an instant but that we are far stronger and more resilient than we ever dreamed we were.  I have full confidence in her ability to stand strong no matter what may come, of that I am certain.  I want her to trust herself, to listen to her gut and to be in a relationship that encourages her continued growth and happiness.  And I don't think God wants anything less than that for her as well.
Posted by Brenda Finding Elysium at 5:13 AM No comments: