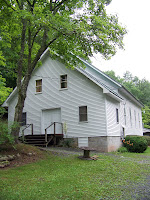 I personally know a number of partners of pedophiles who live within my geographical region.  And every single one of them are regular church attenders--some employed by religious organizations and all involved with the activities of their houses of worship.  Only one is still with her pedophile husband--he has been in recovery for decades and his church has strong boundaries in place to protect the children of the congregation--boundaries that he respects.  Churches and religious organizations, it seems, are playgrounds for pedophiles.  They are the perfect place to target, groom and victimize innocent children and adults.  And churches are eager to see a repentant sinner restored to grace.  One blogger, the son of a pastor molester, recently tackled the question How Should Christians Treat Repentant Pedophiles?

It is an important question, to be sure.  But the companion question is often overlooked:  how do they treat the pedophile's partner?  Earlier this year I reluctantly applied for a position at a well-known church in my area.  I was reluctant because I have learned, unfortunately, not to trust religious organizations.  But my need for a job over-rode my hesitations.  When I was called for an interview, I voluntarily disclosed that my ex-husband had been arrested on child pornography charges--I wanted to be upfront, honest and authentic.  I wanted them to know that there was some unwanted baggage attached to my last name.  I was invited to interview anyway and graciously thanked for being honest but was also assured that the question would never have come up in the interview, it was a non-issue. 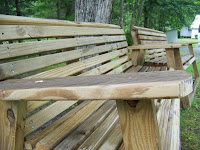 So I went and interviewed and was offered the job, which I accepted.  However, the senior pastor felt
that it would be in my best interest to have a confidential conversation with the counseling pastor on the church staff.  The session was scheduled the day before I was due to report for work.  The counselor walked into the room, sat down and began our conversation by stating that it was his duty to determine my level of culpability in my ex-husband's crimes.  His rapid-fire questions were intrusive, suspicious and shaming.  At the end of our meeting, he asked if I would change my last name before beginning work the next day (really, this is an impossibility!)  He justified his behavior by a brief history lesson.  The church had experienced three separate molestations of children by volunteers in a 25-year span of time and according to this pastor, the congregation had very strong negative feelings towards the partners of pedophiles.  They would be quite upset if they learned that I was on the church staff.  So, I turned the job down.

When my ex was arrested and his case became a media feeding frenzy, the religious organization he worked at made the correct decision to fire him.  But they also made the decision to distance themselves from me and my children.  I was a former employee and an alum.  I was left in dire financial straits and would have been homeless if family had not intervened.  I have since learned that at least one member of his former department visits him weekly--I guess to encourage him in the faith.  They attend his court dates and offer counsel to him.  I am happy that they are reaching beyond judgment, embarrassment and scandal to "minister" to him.  However, I have yet to receive a phone call on even a quarterly basis from these men or from this organization.  No one inquires how we are doing--or if we are surviving. 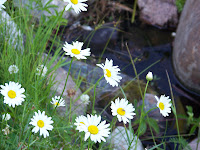 The church, it seems, is far more interested in restoring a fallen one than in ministering to the victims of his sin.  In fact, as my prospective employer demonstrated, the partner is often held to a higher standard than the perpetrator!  She is ostracized, blamed and maybe shunned while he is welcomed into the fold and gently and lovingly "restored."  All he has to do is admit guilt--or some level of it--and feign remorse and grace is extended.  She, on the other hand, is held to a higher standard.  Maybe it is a gender thing--the ole "boys will be boys" attitude or maybe the partner simply threatens the sense of safety and security that religious folk seem to enjoy.  Maybe her vulnerability frightens them.  I don't know.

But it sure seems like cheap grace and a double standard to this wounded soul.

As a Partner, what do I need from my religious community or house of worship?  What should churches do with the pedophile's partner?  Here are my thoughts, and this list is certainly not complete:
Pedophiles:  And what can the church do to prevent a pedophile from making it his playground?
It is time for religious organizations to become places of healing for traumatized and betrayed partners and victims.  It is time for abundant grace, compassion and mercy to be extended to them.  But the church must become inhospitable to further abuse, molestation, grooming or victimization by the pedophile. While he may seek restoration and participation, the church must never cease to monitor him lest he turn it into his playground and begin preying on its children.