I had an interesting discussion with a marriage therapist recently regarding the unique experience of having been betrayed by a pedophile partner.  In the course of our dialogue, I stated that it would have been easier had he betrayed me with another consenting adult--male or female.  She was surprised, believing after many years of working with couples, that an affair with a consenting adult is far more difficult.  She concluded that this is true because everyone knows that a sexual attraction to a child is taboo, so the pain of betrayal that a pedophile's partner may feel is not as severe as it would be had her partner chosen a consenting adult.  Really?

It is a mistake for any of us to try to assign levels of pain to an experience for another and I in no way mean to minimize the very real pain of betrayal within a committed relationship.  Betrayal is horrendous no matter how or with whom it occurs.  But betrayal by pedophilia is unique in its devastation and that is what I tried to explain to my friend.  There are elements to the betrayal that simply are not present in a "normal" case of adultery. 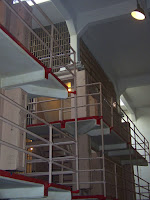 First and foremost, conducting a sexual relationship with an adult other than your spouse is not against the law.  The criminal element present in the betrayal a pedophile's partner experiences adds an incredibly frightening element.  Partners have often been charged or threatened with criminal charges by law enforcement and are sometimes seen as colluding with the perpetrator.   Additionally, personal privacy has often been invaded by means of an executed search warrant.  My personal diary was taken by law enforcement during the raid on our house because it was on an external hard drive that my ex-husband had access to.  Intimate details of one's relationship are often testified to in open court with hungry journalists ready to report each tidbit to the public.

The scandal that often follows the arrest of a perpetrator is frequently more widespread than that generated by an affair, particularly when the media become involved.  The humiliation a partner and her children feel as friends, family, work colleagues and acquaintances learn of the arrest or accusation is intense.  And all too often, the family is unable to comment on the details of the case because of the criminal investigation.  They are forced to enclose themselves within a cone of silence and shame while speculation and judgment swirl around them.

Devastating financial consequences often follow a pedophile's betrayal with loss of family income, health insurance, retirement and sometimes the family home.  A number of years ago I wrote a post about the psychological misinformation, bordering on malpractice that is often applied to the partner of a pedophile.  Labels such as co-pedophile, co-conspirator, or co-dependent victimize and stigmatize an already traumatized woman!

Gaslighting is a deliberate attempt to redefine another's reality.  The partner of a pedophile has 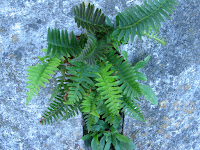 probably experienced this tactic throughout her relationship.  Her concerns or fears, if realized or expressed, are minimized, denied or blamed on her faulty perception, etc.  She has probably been told that the problems in the relationship are due to some deficiency or failing on her part.  He justifies his behavior by blaming it on her. While this phenomenon is not unique to pedophiles, the secrecy and shame that surrounds this disease makes it nearly impossible for her to find information or hep, if she suspects anything at all. l She has very little ability to do a reality-check because she most often knows nothing of his secret behavior though she may have a gut feeling that something is wrong.  Imagine her horror when she discovers that the real reason there were problems in their relationship was not due to a deficiency on her part but to a secret so huge and devastating.  Imagine how it feels to know that your partner was not attracted to you but to a child!  Yes, another adult would be easier to accept than this reality and the years of gaslighting, blame and denial only add to the wound.

After our conversation, I had a terrifying dream in which one of my sons was being threatened by a group of ignorant guys who believed that my son should bear the punishment for the crimes his father committed.  I woke, grateful that it was just a bad dream but in essence, it reflects a measure of truth for the partner and children of a convicted pedophile.  We feel the "guilt by association" in the silence, stares or avoidant behavior of those we once called friends. We live in the fear that we will be held responsible for his despicable behavior.  It is a unique experience and recovery requires specialized, professional help.*

I highly recommend a Certified Sex Addiction Therapist (CSAT) for partners of pedophiles because I have learned from personal and professional experience that not all therapists are equipped to deal with the unique challenges that this issue present.  For more information or to find a CSAT provider, see the International Institute for Trauma and Addiction Professionals.
Posted by Brenda Finding Elysium at 1:10 PM