One of the things I love about the Bible is that it does not shy away from telling stories that reflect the whole spectrum of the human condition. The accounts of two women named "Tamar" provide an interesting framework for understanding some of the insanity we see in our culture today--both inside and outside of organized religion. 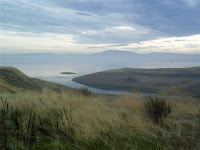 We encounter the first Tamar in Genesis 38 where we are told that she was the daughter-in-law of Judah, one of Jacob's sons.  Tamar's husband died, and as was customary in that patriarchal society, she was given to her brother-in-law as his wife.  Women in that day had no right to own property so depended upon their husband or sons to provide financial security.  The only option for a woman to earn a living outside of marriage was to work as a prostitute.

Tamar's brother-in-law opted to enjoy her body for his own sexual gratification but refused to impregnate her.  When he also died, Judah promised marriage to his youngest son but Judah did not keep his promise.  Tamar, facing certain disgrace and destitution, posed as a prostitute and was impregnated by her father-in-law.  When Judah was told that Tamar was pregnant, he ordered that she be burned to death but quickly backed down when she provided evidence that he was the father of her unborn twins. 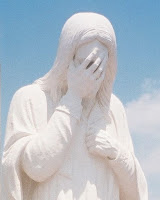 The second Tamar was King David's daughter and she was raped by her stepbrother.  Dr. Steven Tracy in Mending the Soul:  Understanding and Healing Abuse has identified a number of primary characteristics of abusive families or systems (i.e. churches, organizations, etc.) that are revealed in this troubling Biblical account.  They include:
One doesn't have to search very long to see these characteristics glaringly present in so may of the troubling revelations of molestation, abuse and infidelity in today's headlines.  Three immediately comes to mind:

Behind these tragic headlines are victims, who like the two Tamar's, cry bitter tears that are never seen, acknowledged or valued.  Men are still privileged over women and children and are often seen as mere objects to satisfy the needs of the men in their lives.  Men who struggle with sexual compulsions and addictions are either hailed as "real men" or shamed into silence and secrecy.  And neither the victim or the perpetrator is offered qualified help that will begin to heal the pain and disease.  Everyone suffers in such a system.
Posted by Brenda Finding Elysium at 9:24 AM