To Catch a Predator

I recall a graduate school psychology professor telling the class that he watched zombie movies as a kid to help process his fears.  I started thinking of the TV shows and/or movies that I like to watch and immediately a favorite came to mind:  Law and Order SVU.  The realization dawned that I liked crime shows precisely because they helped me process my fears about my ex-husband's foray into the world of child pornography.  And even now, after all that has happened, they are still a favorite, although watching the detectives cuff a "perp" triggers me now with painful memories of my ex-husband's arrest. 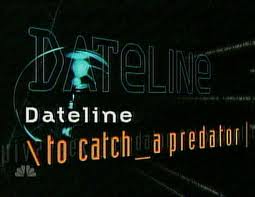 So I confess to spending the evening last night watching Dateline's To Catch a Predator.

Some painful ideas coalesced during my marathon watching session.
When I was a kid, TV shows routinely depicted main characters smoking and cigarette commercials were very common.  When scientists figured out how harmful this habit was to the smoker's health, laws were passed that prevented tobacco companies from advertising on television and required them to put a warning label on each package of cigarettes.  Hollywood cooperated and consequently we do not see as many main characters smoking on the big or little screen. 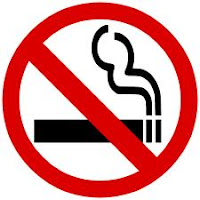 And yet, adult pornography is routinely depicted as a harmless and maybe even a spicy alternative to boring monogamous sex.  My ex-husband's "Christian therapist" even suggested soft porn as a way to re-energize our failing marriage.  Of course, this is the same charlatan who encouraged my ex-husband's experimentation with child pornography.  Child pornography is still considered taboo in Hollywood, although one could argue that some of the films produced do dance too close to that invisible line defining what is pornographic and what is not.  My ex was thrilled with the movie "Blue Lagoon" when it was first introduced and it was a film that pushed the limits on child sexuality.